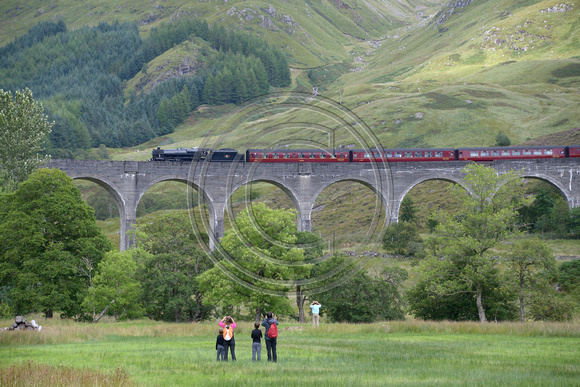 Pictured The Glenfinnan Viaduct is one of the most picturesque and famous film location as it carries the railway to Glenfinnan Station across a 1,000 ft span, 100 ft above the ground. In the Chamber of Secrets film Harry Potter and Ron Weasley flew above the Viaduct in a Ford Anglia escaping from the Dursleys. Subject to timetables you can usually watch the train pass over the viaduct at around 10.45am and again in the afternoon, the car park nearby can get busy with tourists so arriving early is advised and only costs a few pounds to park. Its a 25 minute walk to the viewing area, but is a bit steep in places.
Paul Jacobs/pictureexclusive.com
User Agreement
Cancel
Continue